The Andy Griffth Show is a truly iconic television comedy; a show that has stood the test of time, hence why it has been in syndication for over fifty years.

Just like other American pop culture icons, there are so many more points of interest that many people don’t know happened behind the scenes of the show, and could make for some good games of 60s trivia.

If you grew up watching this sitcom, like most people in America, here are five things that you didn’t know about The Andy Griffith Show.

If there’s one scene that everyone knows and loves is the opening credits with the iconic whistling. Andy and his son Opie in the show are headed fishing.

In the scene, Ron Howard (Opie) goes to skip a rock. At this time he was six years old and not strong enough to skip it, so instead, a production assistant hid behind a bush and threw the rock for him.

2. Andy Griffith Wasn’t Even the Favorite on His Own Show

Sometimes your favorite shows have characters that are more important to the show than the main characters. Although Andy Griffith was the titular character of the show, he wasn’t even the most favorite character.

That accolade goes to his co-star and friend in real life, Don Knotts who played Barney Fife.

In the episode The Mayberry Band, there was a dashing trumpeter named Phil Sunkel.

Aneta Corsaut, the schoolteacher Helen Crump, suggested the name to the screenwriter as a tribute to her friend of the same name who was also a horn player.

Frances moved to Siler City, North Carolina, not too far from Mayberry Days a lot earlier than that in 1978. Mayberry Days was the hometown of Andy Griffith and the inspiration for the show location.

5. The Only African-American to Appear on The Andy Griffith Show

Although this show was known for its wholesome conservativism, it also carried much of the American norms of the period, namely race relations.

Rockne Tarkington was the only African-American credited on the show, and the only one to have dialogue. This wasn’t until season seven in Opie’s Piano Lesson.

The 60s Trivia You Deserve

The Andy Griffith Show is littered with great nuggets of historical and social takes on the conservative period in which it was spawned. It can act as a great source of 60s trivia as well.

If you want to experience some wholesome comedy, and the simple conservativism of a bygone period in American television cinema, go and re-experience The Andy Griffith Show.

For more interesting and informative facts on your favorite shows growing up, be sure to browse the rest of our blog. 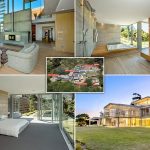