How a Proper Attitude Towards Neurotransmitters Can Improve UX Design

There are multiple ways human brain neurotransmitters react to various events, interactions, and overall user experience in digital products. Many factors trigger neurotransmitters in a variety of ways. Positive user experiences have been shown to make a positive impact on the brain, leading to users experiencing excitement, satisfaction, relaxation, motivation, confidence, self-esteem boost, and other emotions.

If you are a UX designer or UX design agency, you should know how the brains of the end-user react to various stimuli – this way, you will be able to target the needed results and reactions strategically. We are going to take an in-depth look at the four principal brain chemicals that manage human emotions, such as satisfaction and happiness, as well as how you could use them in the GUI to improve the user experience. These chemicals are:

These neurotransmitters are interconnected, but at the same time, each one of them carries a particular role in emotion control.

Dealing with Dopamine in UX Design

Dopamine is a neurotransmitter that has to do with the brain’s pleasure and reward centers. It also assists in managing movement as well as emotional responses. The reason dopamine is attractive in terms of UX design is that it makes us take action to earn rewards. If you take a look at video games and even all the different mobile apps, websites, and even Netflix and Disney+, you will notice that all of them involve a reward system of one kind or another.

There are several ways you can trigger dopamine activation in a digital product, including:

By providing the end-user with either one or all of the above, you will make them feel happy and satisfied due to stimulating their brain’s reward system.

Speaking of applying this understanding to UI/UX design, the possibilities are seemingly endless. Even including a notification with a confirmation of a successful operation completion lets the user feel that they are part of the process. Providing users with various forms of interactions followed by even the tiniest rewards will give a sense of goal achievement and, thus, prompt them to “unlock” more of these achievements.

By stimulating the reward and pleasure centers in the brain, UX designers make users sort of addicted to the digital product they design. Successful implementation of the needed elements and taking the user down the journey through the product will help the product owner in achieving higher customer loyalty, retention, and conversion rates, which in turn will lead to higher ROI and overall better business performance.

Making Oxytocin Play into the Hands of UX Design

Oxytocin is a hormone that has a significant role in pair bonding. Whenever a person gets closer to other people, hugs or kisses their loved ones, feels trust and compassion, this neurotransmitter’s levels increase. Oxytocin is also strongly associated with young mothers, as its levels increase during pregnancy and breastfeeding. And, both men and women experience elevated levels of the hormone during sex.

Love, closeness to other people, care, compassion, empathy, and trust all make the hormone’s levels rise. Therefore, creating a design-oriented towards humans and their needs will make them trust the product. Personal connection is essential here.

Using photos for user personas in a digital product will make it look like it can be trusted and will also instill the feeling of happiness in users. They will feel calm and comfortable regarding their social bonds with other people they communicate or deal with through the product, whether it’s an app or a website. While it largely depends on the type of product and its purpose, there is a myriad of ways to introduce oxytocin level-raising features in it.

Serotonin and the User Experience

Serotonin is a natural mood regulator – it makes people feel less anxious, more emotionally stable, while at the same time, more energetic, and focused. This neurotransmitter mostly gets released after consumption of starchy or sweet carbohydrates. A good mood is all about proper serotonin levels.

If you want to trigger serotonin release, you want to go through various positive events and interactions with fantastic accomplishments. When it comes to UX design, gamification of the product with new goals helps achieve the needed effect, like in the case with dopamine described above.

UX designers should look for opportunities to set goals and achievements, followed by additional perks in their designs. Making user experience comfortable, simple, and fun is the key to increasing serotonin levels. By letting users feel safe, emotionally stable, and not anxious while using a product, you increase their loyalty and client conversion rate. And because serotonin can be triggered pretty much the same way dopamine does, you kill two birds with one stone.

Endorphin Mining and the UX Design

Endorphins are all about “fight or flight” mechanics – it masks discomfort or pain. This neurotransmitter helps people carry on when they work towards the achievement of distant goals. Endorphins make people feel satisfied and excited.

To trigger endorphin release in the end user’s brain, UX designers should focus on gaming their designs and make sure to include additional goals. It could be some bonus points for filling out a user profile or connecting to Facebook. By providing extra daily or weekly achievements and challenging users to pursue something meaningful in the constraints of a particular digital product, you will make users feel they have things to do and goals to achieve.

Endorphins introduce a feeling of satisfaction and excitement. The feeling of success often accompanies them, victory, and new achievements. All of these factors trigger endorphin release in the human brain and make people feel better about themselves. It is addictive in a good sense and helps build stronger bonds with customers, increasing their loyalty to the brand.

Like with dopamine and serotonin, endorphin release can be triggered by gaming designs. UX designers should focus on providing users with a sense of success and achieving new heights to get this effect.  It’s important to make the end-user feel that they’ve succeeded in some task. And even though it seems insignificant, it will do its job, and the endorphins will rush into their blood. Since this technique is related to the other two neurotransmitters, its successful implementation is a sure way to hit three targets with one shot.

Users are simple people, like you and me. All of us want pretty much the same things – to be happy, safe, satisfied, successful, and comfortable. Yes, every person wants that to be accomplished in some particular way. But, the result is the same. Being smart about implementing neuroscience into UX designs will lead to some spectacular results in terms of customer loyalty and ROI. 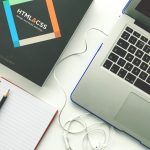