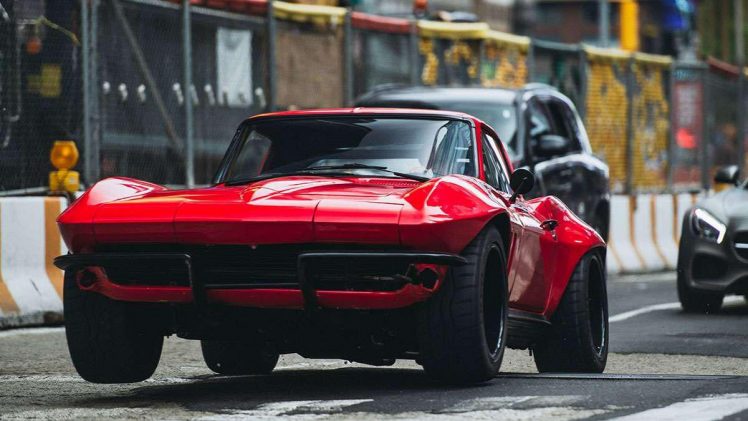 Imagine the feeling of opening up a garage for the first time in years and finding a dusty car. It happens more than you may think. So much so that it’s not uncommon to even hear about incredible treasures like Lamborghini’s, Ferrari’s and Porsche’s being found after countless decades sitting in a garage or barn, sometimes with random junk cluttered up around them or even on top of them. Most of the time once a car is found owners will sell them to those interested in restoring them since a full restoration can be exceptionally expensive even after just a few years of sitting. Some have tried to polish them up and sell them as a well-maintained example which is where something like a VIN check comes in so handy. It’s even more important when you consider that after a few decades of sitting around a car has far more time than needed to rot so much that it simply can’t run without a total restoration. The producers of The Fast and The Furious franchise recently happened upon one such car and didn’t just restore it, they put it on a pedestal as one of the hero cars in The Fate of the Furious.

The car in question is the red 1966 Corvette driven by Letty in the film. Keen-eyed auto enthusiasts may have seen a similar car on racetracks or in magazines over the last few decades. The car seen in the film is designed with a 1965 pro-touring Corvette owned by Bran Hobaugh of California in mind, according to Speedhunters. Brian has taken his Corvette to racetracks and autocross every year since 1983 when it came into his family, so people all across the country who are involved in grassroots motorsports are very familiar with it.

He’s actually won multiple awards, races and autocross championships with it as well so this Corvette isn’t all show and no go. It has especially wide tires that are a standout visual feature. It also has custom suspension, a giant clear Lexan wing on the back and a completely stripped out interior to save weight. His car was actually borrowed for the film so that they could flare the fenders and get the proportions on the barn find just right.

The barn car though was severely rusted out and needed dramatic work not only on the body to ensure it’s structural strength but also under the hood. While most barn finds would need a complete motor rebuild this one didn’t come with an engine at all. So the good people overseeing the build found a 400 horsepower Chevrolet crate motor that would fit perfectly and give the car a proper dose of speed. Finally, they added Wilwood brakes and power steering to complete the transformation from its humble roots.

Most of the time when we hear about cars used in this particular franchise they’re stunning classics that have been used and abused and ultimately trashed during or after production. This example gives us a moment where we see the real love that the production crew truly has for these cars. Considering that they could’ve used any car in the world that was already built and ready for production it says a great deal about their attitude. They took a broken beast and nursed it back to full-on stallion status.

About the Author: Paul Bennett