Togo Review – A Breath of Fresh Air from Disney

We are impressed with the new movie featured on Disney + titled Togo, which is certainly backed up in reviews from RottenTomatoes.com. We have been waiting for a production like Togo for a long time. The reviews for past works such as “The Lady and the Tramp,” have not been very encouraging.

In this feature, Togo is such a compelling media production. It is a story set in the primitive period of 1925. This was a time when the disease Diphtheria caused anguish in a remote town in Alaska called Nome.

There was a cure for the plague, but it was about 700 miles away. The harsh weather conditions prevented the medics from bringing the cure to Nome. Thankfully, one of the best dogsled racers in the town named Leonhard Seppala volunteered to go through the icy mountains to get the cure.

Time was of the essence. It was up to the champion dogsled racer and a strong-willed dog name Togo to save the children and others who fell victim to the plague.

A Movie We Watched With Warm Hearts

We loved the bond between Leonhard and Togo; they worked as a team to overcome the most horrific situations while staying focused on their goal, which could save hundreds of lives.

The projections for this movie are high. We expect Togo to become one of the top-grossing movies featured on Disney +; also, it is expected to have a long-term run because it is the holidays.

This is a movie that adults and children will like to see again and again.

Our Final Take on the Movie

We were happy about the decision of the producers to allow Togo to be a dog. Giving Togo a voice in the movie would have ruined everything. We also like how the dog has been giving the role of a hero, even in the presence of its human owner.

There are scenes that particularly focused on Togo’s strengths and super amazing abilities. This is a plus for the movie. Separating the outstanding abilities of the dog from the expert handling of the owner, who is a champion sled racer, was a good idea. It made us appreciate Togo and look forward to the scenes in which the dog played an active role.

We think it is a good movie and one of the best productions so far that it can be credited to Disney +. Considering that a large number of positive feedback for this movie Togo, we know that the directors have a better understanding of what we, the audience, would like to see in future productions.

Sometimes, we can confidently argue that simple productions with storylines that offer a mix of emotions are better than films that can hardly be understood without a narrative. 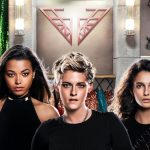 Next Story:
Review of Terminator Resistance