We had fun with WWE 2k19, great moments and experiences, but some flaws, nothing that cannot be corrected though. We would like to commend the producers of WWE 2k20 for a good job.

WWE 2k20 was possible because many of the superheroes in the real WWE world gave their support to make the project successful. We think the storyline for the WWE 2k20 is captivating and interesting. The story has created multiple opportunities for the creators of 2k21 to make an even bigger impact on the audience.

What We Think About the Story

We were impressed by the story; however, our expert eyes and ears caught some lapses in the plot. The story is about Red and Tre, who are best friends and how they relive their best moments in 18 chapters. The best friends make it to the WWE hall of fame, but to stay on the elite list, they need to follow some essential rules.

The new awardees are handed a strange ‘to-do list,’ which features some awkward requests they must accomplish. For example, they are asked to perform in a cry-baby match. During their journey, the twists in the movie reveal that Tre and Red are keeping some secrets from each other. We also think the duration before the best friends are eligible and subsequently inducted into the WWE hall of fame is too long. These parts could have been done with more meaningful content, according to https://www.gamesradar.com/uk/wwe-2k20-review/.

Also, plots in the story, such as the part where Red had to relive her experience with a bully while in school, should have been cut out of the final work. Well, maybe some viewers out there will appreciate the information passed through the scenes but we think it could have been done better.

What We Think Went Wrong

Also, the items for sale are too expensive. It will cost a lot of coins to make a decent purchase. And the investment in time to gather enough currency may not be worthwhile. We think it is best if the prices are lowered considerably. Then there are the loot boxes. We don’t think the loot boxes contain enough stuff to help speed up character progression. The content found in the loot boxes is too restrictive and monotonous. It takes away the thrill. We would have preferred a situation where it is easy to achieve significant customisation to improve our experience when we use better and more capable characters.

We also observed that the duration for a single duel is too long. Who has all that time to spend on one match? And there is no guarantee that the goals we need will be achieved at the end of the match.

There have been some arguments on online forums, and we know others share the same opinion we have expressed in this review. Hopefully, the WWE 2k21 will be much better. 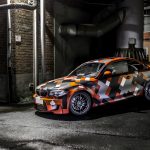